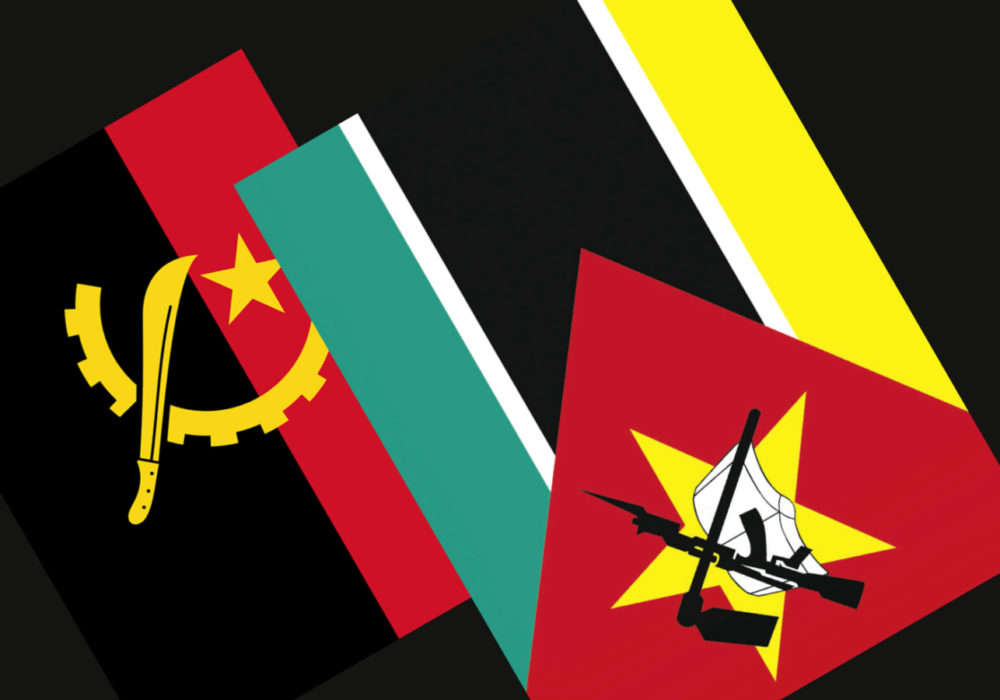 Funded by the TURN Fund of the:

The international exhibition and research project searches for a collective cultural political history that questions the motifs of home and hope, identity and affiliation, and focuses on the deconstruction of hegemonic concepts and continues the search for artistic methods for dealing with the post colonial history.

The term “Madgermanes” refers to the former contract workers from Mozambique, who lived and worked in the GDR between 1979 and 1991. The term “Madgermanes” is often mistranslated to mean “crazy Germans”, but is actually a compound word composed of the English “German” and Bantu-prefix “ma”, and translates correctly to mean “the Germans”.

Even years after returning to their home countries, the “Madgermanes“ are still fighting to receive large parts of their salaries, as well as their social insurance contributions. “According to the Federal Foreign Office, the GDR transferred a total of 74.4 million USD in wage deductions and 18.6 million USD in social insurance payments to Mozambique. This totals 93 million dollars. On average, without interest and compound interest, it is a matter of 4300 dollars per capita, and in individual cases sometimes double or triple that“.¹
Not only Mozambicans and Angolans worked in Germany. More than 1000 GDR citizens lived and worked in Mozambique from the end of the 1970s; the last contract workers returned to the Federal Republic of Germany after the not particularly ceremonial handover of the embassy building. This quantitative list alone plus a further group of people, such as work colleagues, wives, husbands, children, relatives, loved ones, and friends, demonstrates the importance of this phase in North South-relations, as well as the foreign policy of Eastern Europe.

The subtitle of the exhibition, Mystery of Foreign Affairs, indicates the ambivalence of East German foreign policy since the end of the 1970s, a period which was characterized by the urgently needed bolstering of foreign trade relations to ensure the supply of raw materials, and the necessary improvement of foreign trade balances. The GDR had been enduringly isolated by the Hallstein doctrine, which was abandoned by the Willy Brandt government in 1969, which stated that the adoption of diplomatic relations with the German Democratic Republic by third states would be viewed as an “unfriendly act“ against the Federal Republic. The establishment of international relations provided an opportunity to abolish this policy.

The GDR was one of the first states to support emancipative revolutionary movements such as ANC and SWAPO, and to build up diplomatic relations at a time when the West German intelligence service still supported RENAMO (Resistencia National Mocambiquana). In this way the aim was to destabilise the socialist state of Mozambique in order not to act as a model for the region of South Africa as a whole. Battles between RENAMO and FRELIMO (English: Mozambican Liberation Front), which the Mozambique government is responsible for even today, have led to the deaths of 500,000 people.²

Madgermanes / Mystery Of Foreign Affairs can also be seen as a contribution to updating this story in the form of exhibitions and artistic works in public space in Schwerin and in Maputo in 2018.

Sculptures and photographs, paintings and graphics, videos and installations of contemporary artists are to be shown in the public space of Schwerin and in the exhibition spaces of the Kunstverein for Mecklenburg and Vorpommern, Schwerin. The exhibition provides an insight into the ambivalent foreign policy of the former GDR in post-colonial Africa, which is almost entirely unknown, even though it still has a sociocultural and societal impact in the present day.

The “Poster Series” were developed in cooperation with the artists especially for the Stadt Schwerin. The Angolan Edson Chagas and Matias Ntundo from Mozambique produced works to be placed on posters, and be displayed on large format billboards. It is not by accident that this process uses a similar strategy to how political parties attract attention to their candidates. At the same time as the opening of the exhibition in Schwerin, advertising for the Bundestag election with be in full swing across Germany.
The billboards featuring the powerful portraiture of Chagas sharply contrast with the usual, commonly seen portraits of the politicians. The billboards thematize representation, visibility and power by raising questions that are pertinent during political elections, such as “Who is speaking in my name?” or “Who decides for me?”

Further work included in the exhibition demonstrates collective, cultural and political lines of association, focusing on questions of home and hope, identity and affiliation, as well as the deconstruction of hegemonic concepts and the search for artistic procedures in dealing with the common post-colonial history.

The locations and names of the art works and activities presented in the public space of Schwerin’s inner city are listed below, with the intention that visitors and tourists who wish to view the art works may be guided through the exhibition.

The exhibition is funded by the TURN Fund of the Federal Cultural Foundation as well as by the Ministry of Education, Science and Culture, Mecklenburg-Vorpommern.