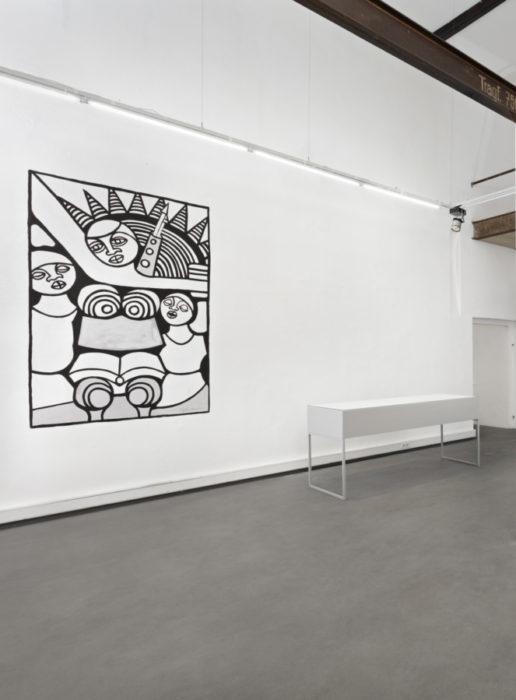 The painter Dito Tembe lived in Schwerin between 1985 and 1989. In addition to his work at the VEB leather goods, Tembe worked as an artist and even had a studio for a time. Thematically, scenes of his homeland inspired him more than anything else. In the summer of 1987, exactly 30 years ago, Tembe created a mural on a wall of his residence in the former Kalinin Street. Unfortunately, after demolition of the building, the mural itself was destroyed, with nothing but partial photographs of it remaining. It depicted a female with a book and gun, and was meant as a tribute to the strong women of the civil war. During the course of the exhibition, Dito Tembe was invited to reproduce this picture. The finished work not only includes the mural, but also documents the restoration process itself, which is based on intensive remembrance work on behalf the artist’s part.