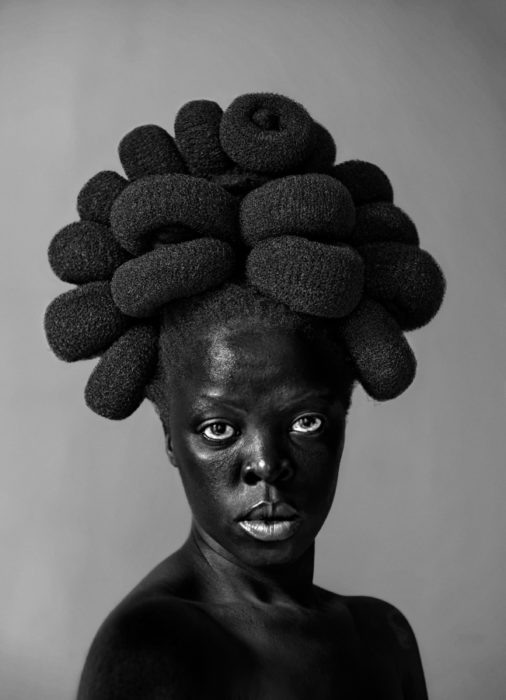 Zanele Muholi, from the Series "Somnyama Ngonyama", Ntozakhe I, Parktown, 2016

Zanele Muholi, who calls herself a “visual activist“, fights for the goals of the black LGBTI community in South Africa. With her series „Faces und Phases“, the artist was represented at the 2012 documenta and the 2013 Venice Biennale. Since then, the photographer has also gained an international audience. In the Kunstverein Schwerin, she presents motifs from her series “Somnyama Ngonyama“ (“Greetings, dark lioness“), on which she has been working since 2014. Starting from her own body, darkening her skin in select places, she stages different female characters and stereotypes. She uses costumes put together from a selection of gathered materials, and unconventional items such as power cables, straws or adhesive tape become over-stylised head covers and accessories, used strategically to question ironically stereotypical clichés and culturally-shaped attributions.