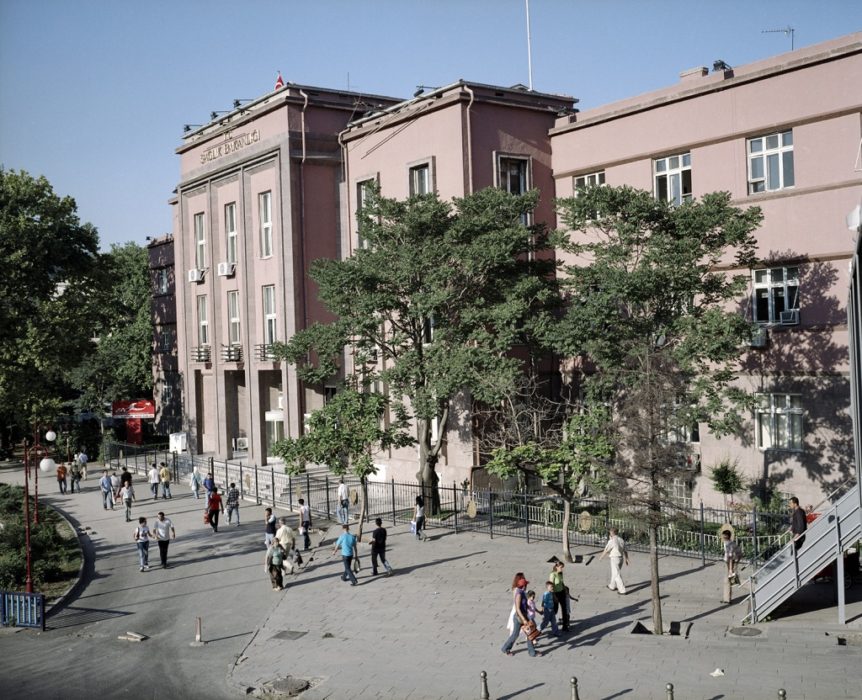 The focus of this photography project is on the modernization of Turkey since the founding of the Republic in 1923, and on the representation of this modernization in architecture and official holiday productions, among other forms. Turkey underwent tremendous political and social changes during the first half of the 20th century.

On the one hand, these changes can be regarded as a model of the founding of a modern state. On the other hand, an engagement of the history of Turkey – a country located at the intersection of Europe and Asia not only in a geographical sense – is fruitful also with respect to contemporary conflicts over international issues. The series of pictures spans a historical spectrum from the genuinely visionary and utopian ideological basis given to the newlyfounded Republic under Atatürk, to the present-day reality of its social construction.

Thematic foci include architectural history and urban planning, as the expression of the new state in cityscapes; the staging of representative holidays; and model institutions, exemplary structures founded as part of the modernization drive and intended as prototypes that would multiply. Tracing symbols and rituals, the photographs relate their implicit macroscopic effectiveness to the small-scale and everyday displacements they undergo. At issue are the aesthetic productions and choreographies devised in the past and present; they are emphasized by the formal language of the photographs.