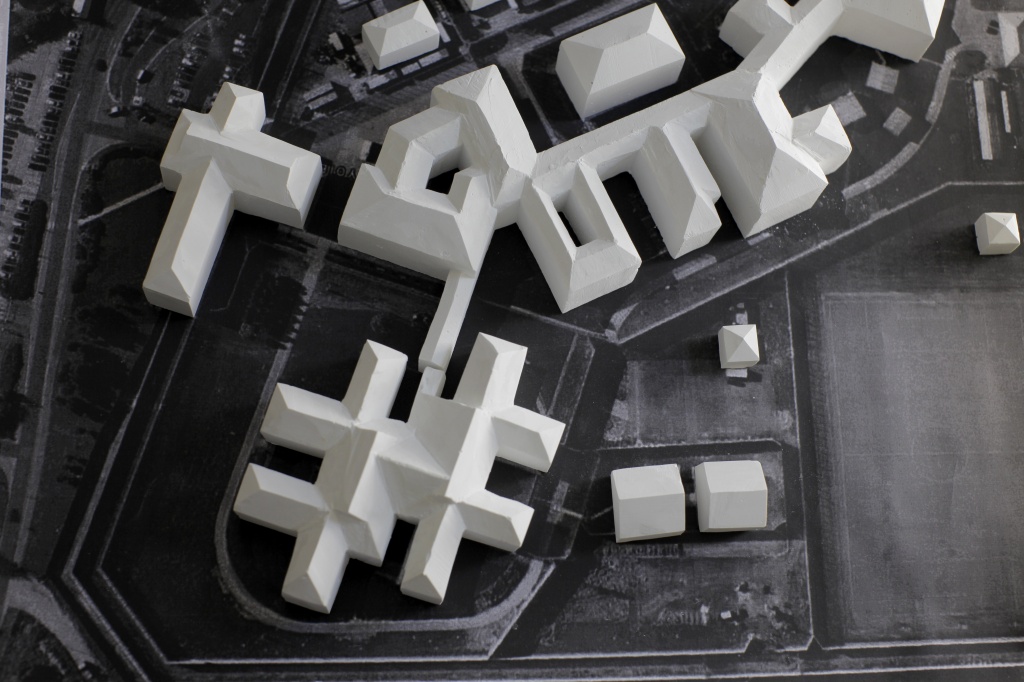 Katrin Michel presents models and materials as the results of her research on contemporary tendencies within the penal system. Additionally, an excerpt of Thomas Heise’s film Material will be shown. The exhibition’s title is inspired by the eponymous text of French sociologist Pierre Bourdieu: Distinctions.

Whereas Bourdieu analyzes the French Bourgeoisie, artist Katrin Michel chooses a perspective which focuses on the end of the principle of the welfare state as seen in its models of justice and penal systems. About a dozen of three-dimensional models of various prison architectures are on display.

Emphasis lies on facilities which represent differing conceptions of the penal system according to their respective form of appearance and contextualization within their surroundings. Facilities in the USA, UK, Norway, Denmark and Germany are being examined. Whereas the USA as well as the UK had already extensively privatized prisons and thus abandoned the concept of resocialization as early as during the 80ies, this development can be observed in many other countries today. A first, partial privatization was conducted in Germany in 2004. Scandinavian countries might have taken a different direction, which stands in sharp contrast to the rest.

The island Osterøy near Bergen/West Norway does not only impress with its stunning landscape – surrounded by snowy mountaintops in the clear and quiet waters of the fjords, radiating biblical peace and tranquility with its scattered sheep, stacks of firewood, little wooden houses and workshops. Situated on the island is a low-security- prison with around 40 inmates, among them 9 women. They are not separated in any significant way. Collectively prepared lunch is also communally consumed. The prison officers refrain from wearing uniforms or other formal insignia, which made it impossible for me as an outsider to differentiate between inmates and personnel on the island. The institution is exemplary and successful. Succeeding a school for difficult children, it has existed as a prison since the 1970ies. Inmates receive their education by independent teachers who also work outside the prison context. All kinds and levels of degrees may be caught up with here.

Overview of the models