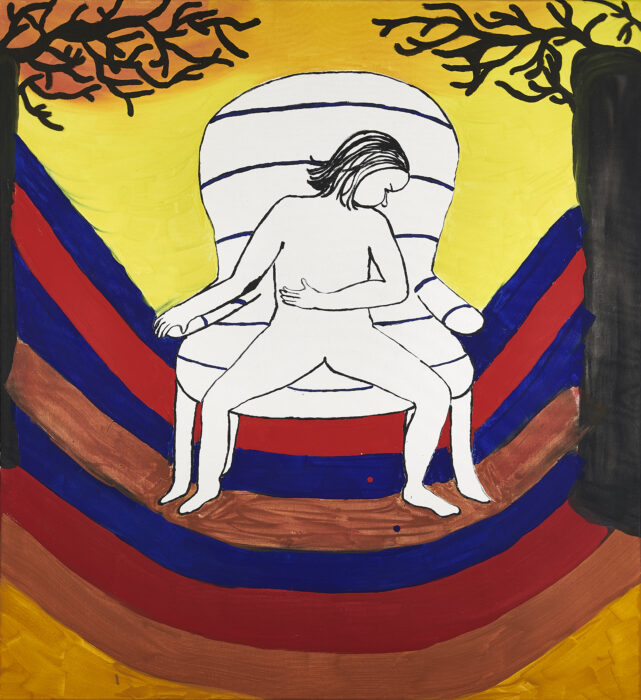 The group exhibition picks up on the discourse around the concept of the „non-player character,“ which was originally borrowed from the world of computer games and refers to characters that do not directly follow the will and actions of a player, but are controlled by computer algorithms. These non-player characters act schematically, they run in loops, following pre-programmed instructions.

Transferred to „real life,“ connections arise to psychological-philosophical questions that reveal a disinterest in the self as the core of mechanical action, thought, and feeling. „Is it possible not to be a zombie,“ to have a will of one‘s own (P. D. Ouspensky)?
In such a construct of an auto-system of the human being, ways of life based on it are oriented to automated external processes and thought patterns. The absence of an introspection, of a reflective inner monologue increasingly favors adherence to the surfaces of the world of things, to fictions and virtual illusory realities of the Black Mirror.

The exhibition „non-player character“ combines objectified representations of the human being, fragmented bodies and faceless followers with choreographies of robotized processes and empty shells of staged everyday performance.